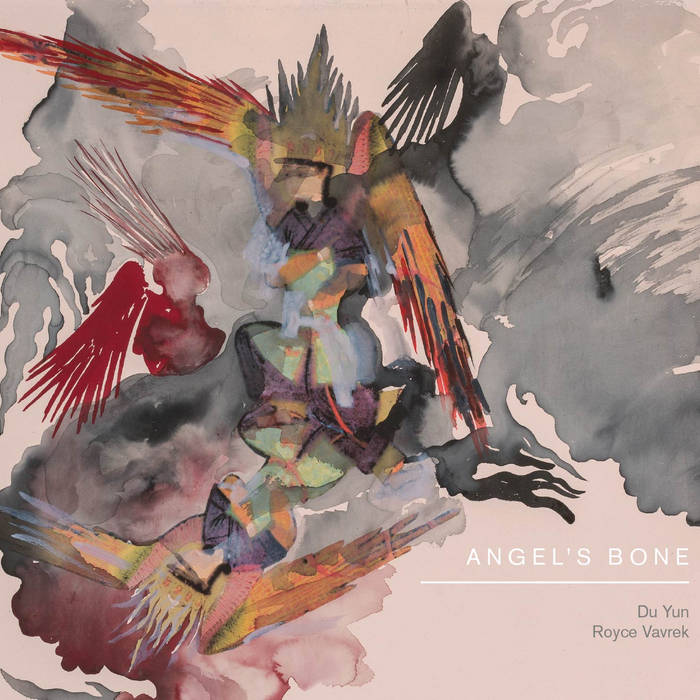 Winner of the 2017 Pulitzer Prize for Music, Angel’s Bone is a new work of opera-theatre by composer Du Yun and librettist Royce Vavrek that follows the plight of two angels whose nostalgia for earthly delights has, mysteriously, brought them back to our world. They are found battered and bruised from their long journey by a man and his wife. The married couple is in the midst of a financial crisis, they seem to have grown far apart from one another in this marriage, and the unspoken aggression between them is palpable; nevertheless, Mr. and Mrs. X.E. set out to nurse the wounded angels back to health: they bathe them, wash the dirt from their nails… then lock them in a room, leaving them a claw foot bathtub for a shared bed, and decide to exploit these magical beings for wealth and personal gains.

Angel’s Bone had its world premiere at PROTOTYPE on January 6, 2016 at 3LD Center for Art and Technology, New York
Originally commissioned by the Mann Center for the Performing Arts, Philadelphia
Completion co-commissioned by Beth Morrison Projects and HERE.
World Premiere co-produced by Beth Morrison Projects, HERE, and Trinity Wall Street
The world premiere was supported, in part, by public funds from The New York City Department of Cultural Affairs in partnership with the City Council.

Bandcamp Daily  your guide to the world of Bandcamp

outré black metal, with a Victory Over the Sun interview and music from Liturgy and Jute Gyte.